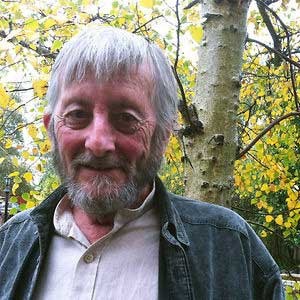 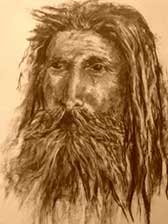 Brian O’Keefe was born in Woking, England during the Second World War evacuation of children and pregnant women from London. His family migrated to Australia in 1955 and, after living in a migrant camp in the Carlton Gardens next to the Exhibition Buildings, settled in the Melbourne suburb of Highett.

Trained as a lithographic printer, in 1966 he decided to retire from full-time employment and attempt to make life a working holiday. He travelled to various countries and married Judye, an American girl, in Montreal, Canada. The marriage lasted three years, after which Brian returned to Melbourne.

While hitch-hiking to Queensland in 1979 he stopped off to visit some friends in Briagolong, and ended up staying in the area for ten years. During this period he worked at various labouring jobs and became a founding member of The Briagolong Bush Band. Brian also toured a one-man show of, mainly original, Australiana. He performed this at caravan parks, in a large auto tent, for senior citizens’ clubs, and in Canberra at the request of Tourism Victoria.

While living in Briagolong, and the hut mentioned in the book Tales From The Wonderment, he wrote songs, stories, poems and bush verse. The majority of these have been published and recorded, although they are now unavailable. It was also here that Brian met a kind-hearted woman and artist, Lin Patrick, whose belief in social justice and animal rights was an inspiration to him.

After leaving Gippsland, for a while Brian set up and ran an information centre and performance space in a shop on Flinders Street station in Melbourne. This was made possible for a peppercorn rental by the state minister for tourism.